It was with a heavy heart and slightly hungover head that I waved goodbye to Hong Kong, with its dazzling blue skies making it look as fantastic as ever, as if it didn’t need to make me feel any worse for leaving.

That said, I was faced with a much more exciting prospect than returning to dreary Warrington, instead spending the next 3 and a half months filling in just a few of the Asian gaps on my list. I was starting with perhaps my biggest adventure, kicking my travelling off with a couple of weeks in Myanmar.

Despite neighbouring Thailand’s status as THE backpacker destination, Myanmar has remained off the radar for ages and has only become a travelling destination in the past couple of years. Everything I’ve read has told me to see this gem now before the hordes swoop in and discover its hidden charms. Suitably excited, I hopped on the plane and touched down in the not-capital of Yangon. 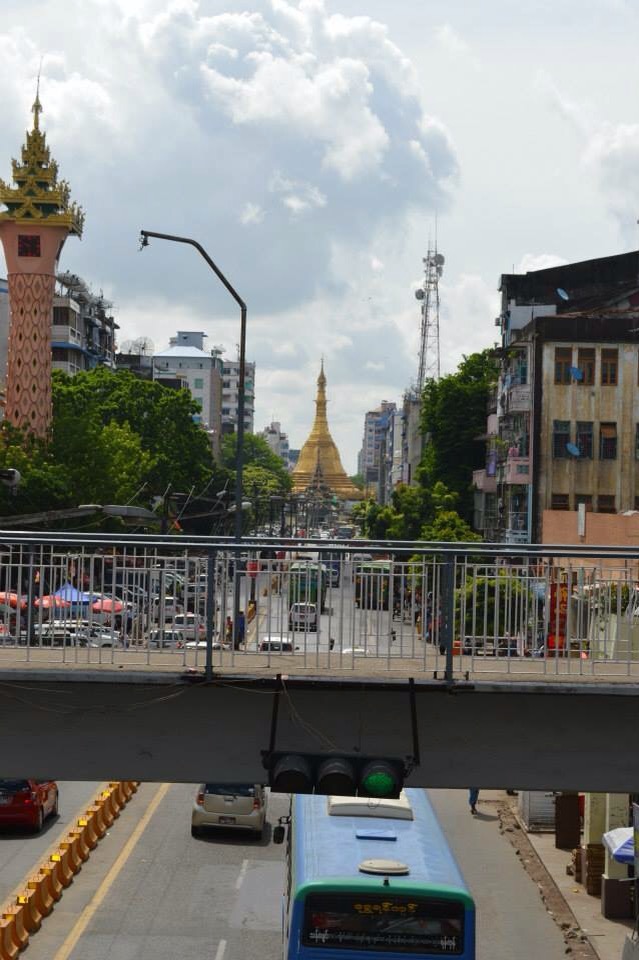 Yangon is a fusion of everything. You’ve got hints of Thailand and India, coupled with the occasional majestic or flash building which wouldn’t look out of place on the London or Hong Kong skyline. Even in India the contrast between rich and poor wasn’t as stark as this. These sleek, shiny buildings have been randomly plonked in the middle of the city’s chaos and it was a bizarre sight as I took my taxi from the airport.

Money is also an interesting quirk in Myanmar. Not only do they have a dual currency (US$ and kyat – pronounced ‘chat’) which are handily pegged at 1-1000, but they’re also very picky about. Some of my dollars have already been rejected because of slight blemishes or even creases. Most stuff is priced using kyats now though so dollars seem to be being fazed out. The trouble with kyats is that they come in such small denominations. At the airport (the best place to exchange) I handed over $200 and was given back a stack of 1000 ($1) and 5000 ($5) notes. I feel like I need a briefcase to carry it all round.

Getting from the airport to the city is fairly smooth, with taxis being pretty much the only option. I hate taxis but this ride was cheap (pre-agreed at 9000 kyats for a pretty long journey downtown) and the driver friendly, kindly pointing out the overturned lorry on the other side of the road which filled me with a lot of confidence for the state of Myanmar’s driving.

After getting a bit lost, he got me to my guesthouse, Agga Guesthouse in Chinatown ($11 for a dorm) which is basic but in a good location. I spent a great evening sampling Myanmar’s ridiculously cheap food at some nearby market stalls, managing to pay around £2 for a two-course meal and drink. I followed this by continuing down the road to the Sule Pagoda, a big pagoda sat randomly in the middle of a busy junction. In England we sometimes decorate our roundabouts with flashy ornaments but this trumps our efforts entirely. It’s very odd to see this towering, golden structure majestically sitting there whilst the number 3 bus blares past.

After a not-so-comfortable sleep at Agga, I woke up bright and early the next morning to start exploring. The good thing about Burmese guest houses and hotels is that breakfast is almost always included in the price so I could start the day on a full stomach before wandering round the city. As a big train fan, I decided to spend the morning on Yangon’s Circle Train, a commuter train which circles all around the suburbs of Yangon. It takes 3 hours and costs just 1000 kyats ($1) for a comfy seat in an a/c carriage. I imagine it’s even less if you go for one of the none a/c trains. They run regularly throughout the day and you can just turn up at the station where someone will point you in the right direction.

The incredibly slow train takes you through the inner city, the outlying towns and cities and the glorious countryside. At each station, more locals will pile on, curiously staring or conversing with you or trying to sell you all manner of weird and wonderful things. It’s such a fantastic glimpse into ‘real’ Myanmar and was a great way to start my trip.

In the afternoon, I enjoyed meandering round the famous Boyogke Market, as well as booking my train ticket for the next day (from the tiny shack-like booking office across the road from Sakura Tower near the station). I then walked from the train station to Kandawgyi Lake. I’ve heard you have to pay to get into this park but I walked in through the gate with nobody stopping me so I don’t think it’s enforced. The park was an unexpected delight, especially in the sunny weather. The lake is huge and surrounded by lush grass and trees providing shade for the many who sit on its banks. I had a brilliant view of Shwedagon Pagoda from my picnic spot. The lake also has a somewhat rickety boardwalk going all around it. There’s the odd rogue nail, wonky plank and gaping hole but it makes for a great stroll around the gigantic lake.

I topped off my day with a visit to Yangon’s famous 19th street, the vibrant home of the city’s best street food and drinking establishments. After tucking into some delicious BBQ’d goodness, I got chatting to some nearby locals whose work in the tourist industry meant they had great English. Many beers later and they were teaching me how to speak Burmese; I, in return, taught them the rules to ‘Never Have I Ever…’ and we enjoyed a great night.

A little groggy the next morning, my intention was to visit Shwedagon Pagoda. However sorting out my bus ticket to the border crossing at Myawaddy for a couple of weeks’ time took longer than expected so I decided rather than rush it, I’d visit the pagoda when I return to Yangon. Instead it was off to the train station for the most epic train journey of my life…