Last year I made a post of some of the best places to escape the hustle and bustle of Hong Kong. Since returning to the city in August, I’ve found a wealth of new places which ooze chill and beauty so I thought it was time to post an update. I’ve only just realised that they’re all in the Kowloon/New Territories area so they’re perfect if you want to get away from the island…

Despite having an MTR line named after it, Ma On Shan remains surprisingly off the beaten track. Perhaps it is its location in the New Territories or its absence from most guidebooks. Whatever the reason, it’s well worth a look. With a small beach, an extensive park and an awesome pier, the east of Ma On Shan is nestled within huge hills and sparkling blue water. Following the promenade round takes you on a 3.2km walk to the neighbourhood of Sha Tin. It may not have the skyline of TST but it also doesn’t have the footfall, so you can enjoy the modern promenade and the gorgeous views in relative peace.

Take the MTR to Ma On Shan station (the brown line).  After the walk, return from either Fo Shan or Sha Tin MTR (the light blue East Rail line) 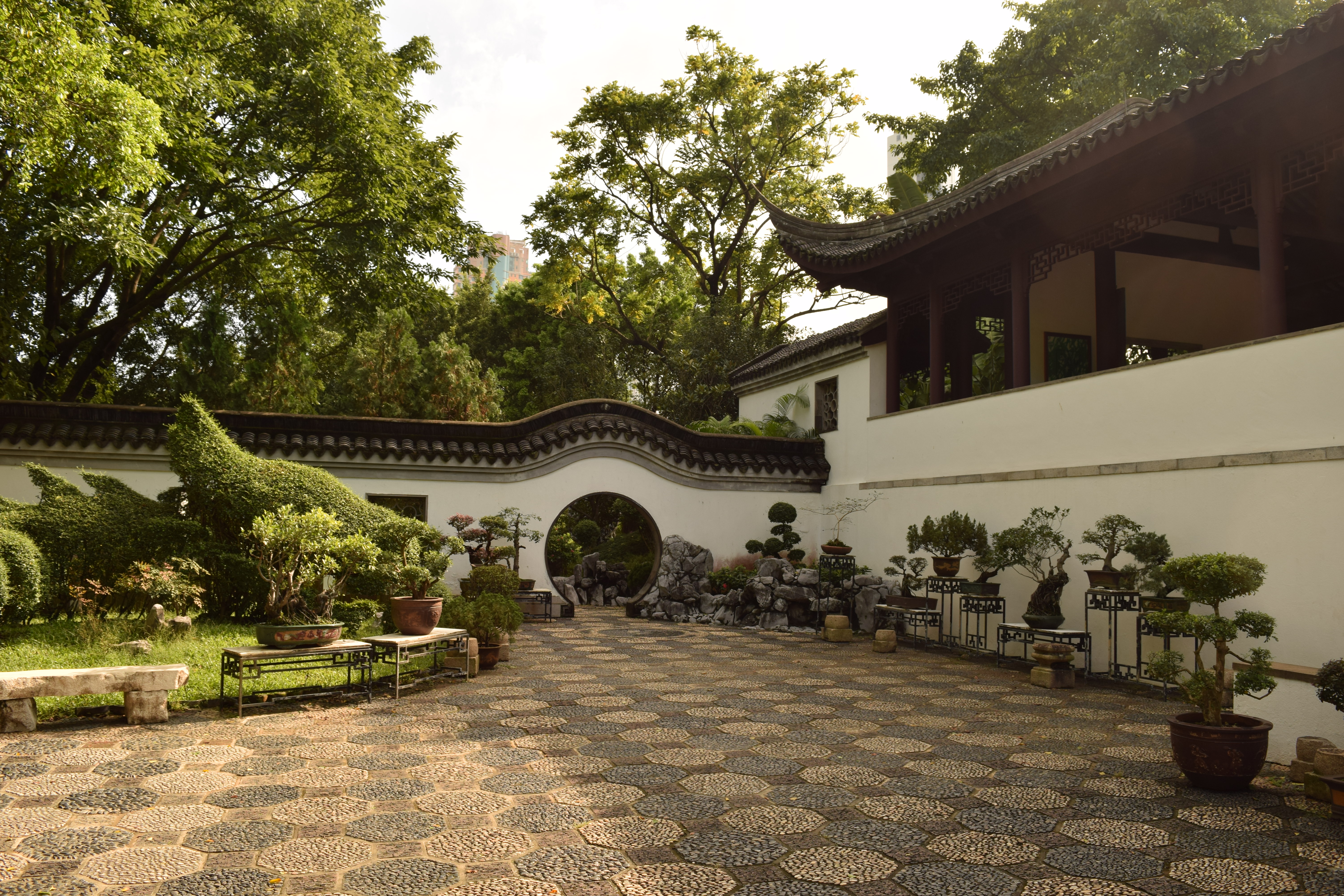 I’m amazed I only discovered this a few weeks ago. Once home to tightly-packed slums in Kowloon, since the towering apartments were knocked down this residential area has been converted into a tranquil and informative park. The lush garden does not shy away from its murky history with information boards, exhibits and a model of the site before it was demolished in the 1990s. The Kowloon Walled City was stooped in controversy but they’ve managed to turn it into a peaceful escape. Following the trend of Hong Kong’s other peaceful park, this place also has the magical ability of blocking out the bustle of the city on its doorstep.

The nearest MTR station is Lok Fu (on the green Kwun Tong line) but it’s still a 20 minute walk from there. Bus #1 from Tsim Sha Tsui may be a better option.

I had heard Clearwater Bay mentioned in passing when I was in Hong Kong last time but I’d never checked it out. It really does live up to its name in stunningly beautiful style. The Tree Walk is an easy stroll which takes you to a large BBQ and kite flying area from which there are stunning views over the islands and as far as Sai Kung. There are also a couple of beaches and a few more taxing hikes (High Junk Peak and Lung Ha Wan Country Trail) which provide glorious panoramas of the area in all its glory. It’s definitely one for a clear day.

The easiest way to get there is probably to take bus 91 from Diamond Hill MTR on the Kwun Tong line. For the hikes, alight at Tai Au Mun Road roundabout. For the beach, stay on a couple more stops. 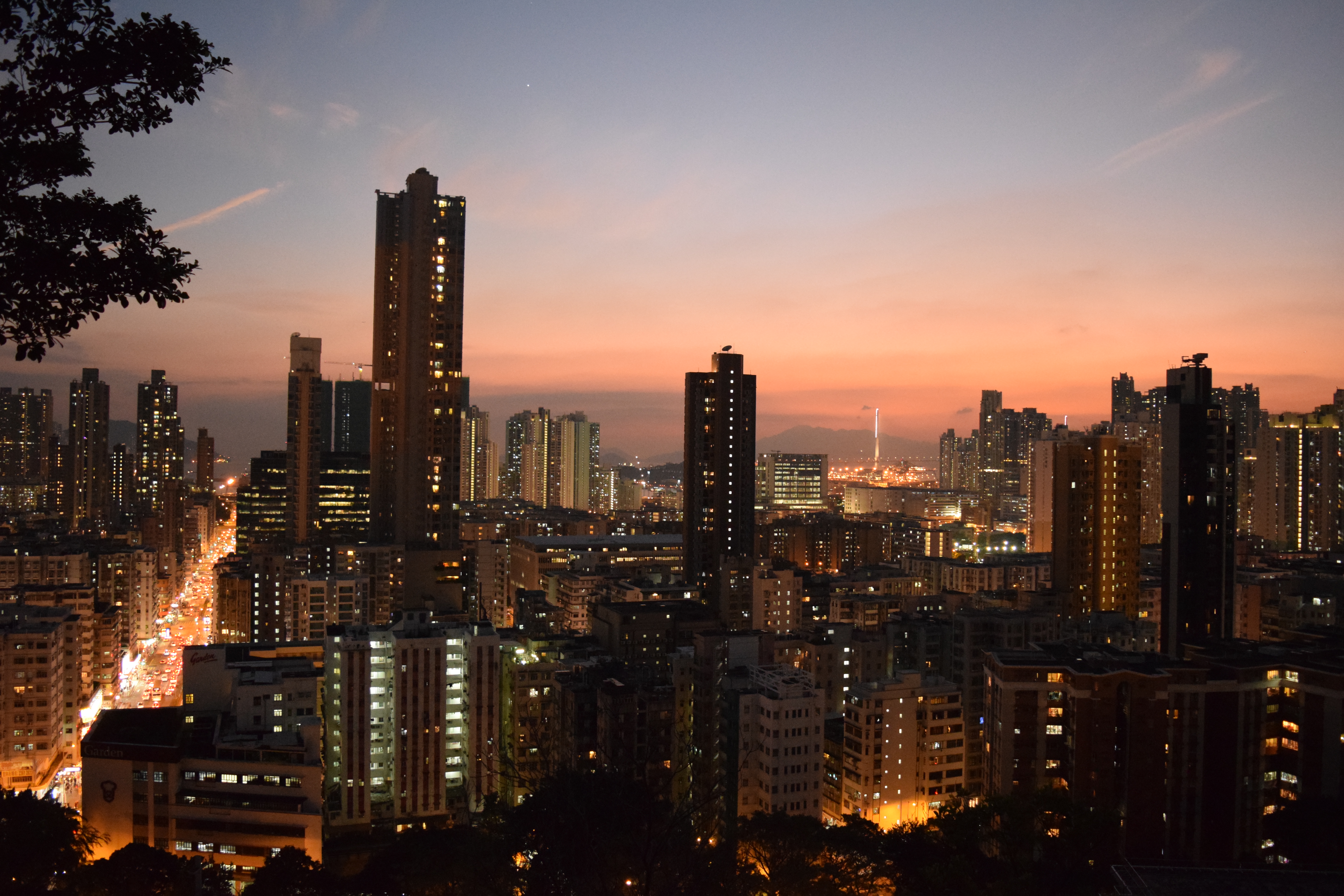 It’s not so much a city escape as a city viewpoint but it does allow you to see Kowloon in all its glory from high above. Garden Hill is one of the most accessible viewpoints in Hong Kong and yet it falls under the radar. Just a short walk from Sham Shui Po MTR station is a small hill which provides a breathtaking view of Kowloon, spanning from Mong Kok’s Langham Place shopping centre to the Tsing Yi bridge and beyond. At sunset, it is littered with photographers lining up to get that perfect snap, but the viewpoint always remains peaceful and I find it the perfect detox after a day at work.

It amazes me how accessible many of Hong Kong’s breathtaking hikes are. Eagle’s Nest Nature Trail is just a short bus ride away from my home in Prince Edward but provides a fantastic panorama of Kowloon. I’d love to go back there on a clear day and see Hong Kong’s forgotten skyline at its best. The hike is mostly flat so is really easy and is mostly shaded, opening up towards the end for those brilliant views. The only things that make it slightly less relaxing are the copious amounts of monkeys along the trail, but if you’re a monkey fan (I despise them) then I guess that’s a plus!

One thought on “5 (More) Places to Escape Hong Kong”